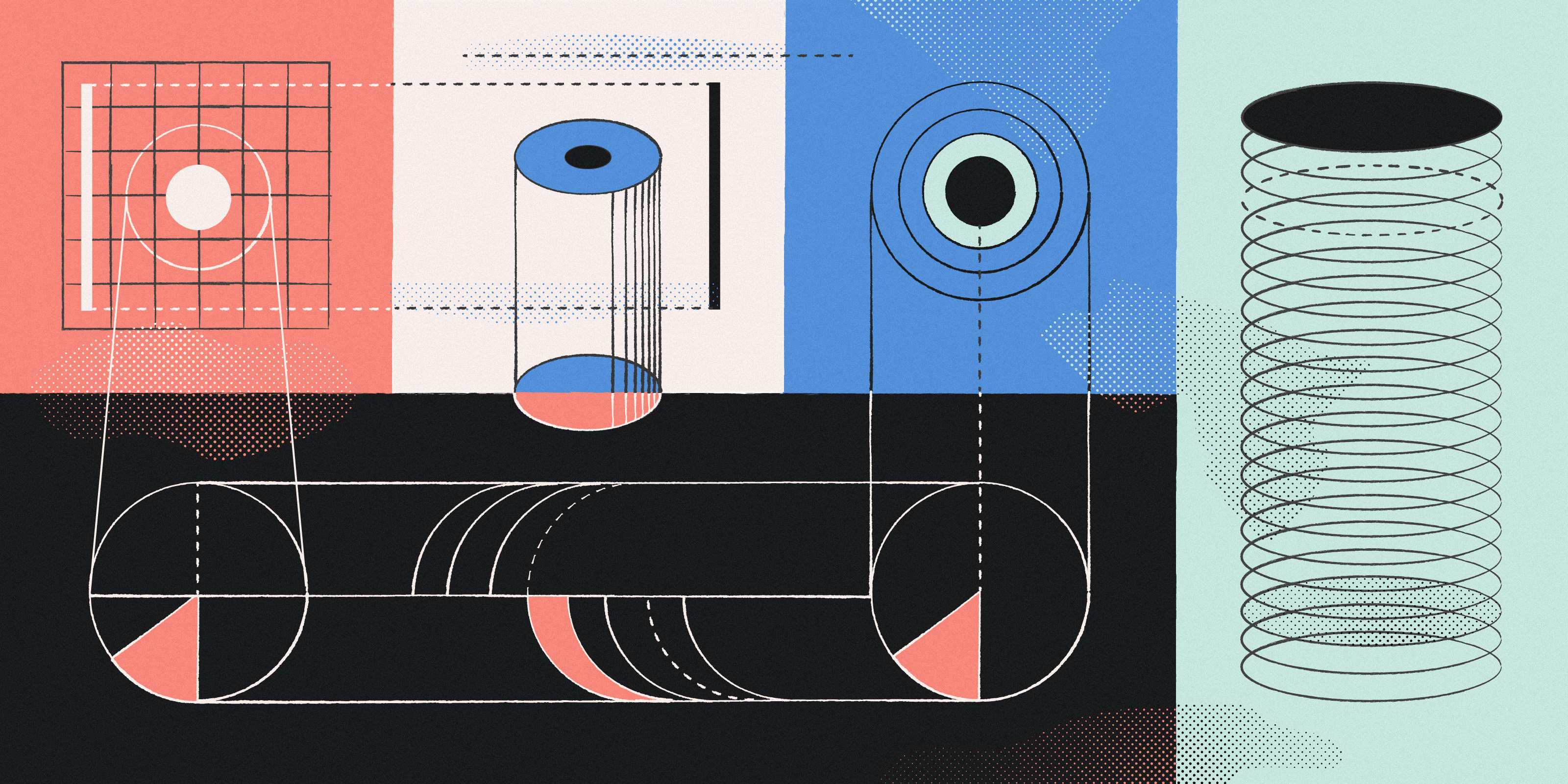 Name a company you admire, and Ariem Anthony has probably worked there. For 29 years, he’s plied his skills for some of the heaviest hitters in Silicon Valley, including Apple, Netflix, and Airbnb. But while he’s worked for a variety of companies over his long career, his expertise has been laser-focused on design. Today, as the concept of DesignOps gains traction across the tech industry, Ariem’s inherent interest in the field has proven invaluable.

In his current role as senior design project manager at Disney Streaming Services, he’s more process and strategy-focused than ever, but his progression into a role like this was gradual. As a self-taught designer, his interest and understanding of the processes inherent to the field was initially a product of necessity. “I was forced to be immersed in it because it went hand-in-hand with the tools I was teaching myself how to use, but at the time I didn't know that that’s what it was called,” he says. “It was just something I had to teach myself to keep my job.”

But he says he had an awakening when he joined Airbnb in 2013. Up until that point, Ariem had spent most of his time as an individual contributor. But at Airbnb, he started taking on more leadership roles. “Looking at the process and taking it apart was what I had always done naturally, but once I began taking on more management duties and strategy, that's where I had the ability to put a name on what it was I had actually been doing the whole time,” he says. “Now I had a term for it, and could say, ‘I just want to be a DesignOps manager or a director of design.’ There was a path that way.”

Ahead of His Time

Design process has only recently emerged as a concrete discipline in the tech world — and if anyone can attest to that, it’s Ariem. He was at the forefront of the movement long before the term “DesignOps” was on anyone’s lips.

So what does “design process” mean to someone who’s seen the concept grow from an abstract idea to a full-fledged function?

“It boils down to the structure, the team, the organization, or the initiative to support the design team in creating either their product or design,” he says. “Some people think of designers as being responsible for all of that. And in smaller shops, they are. But as a company gets big and scales, it becomes impossible to have any one person do everything from concept all the way through to deployment. No one can handle that scale.”

Small teams, he says, force all of its members to do a little bit of everything. But once that team begins to scale, process can sometimes suffer without a full-time steward whose job it is to find ways to do something that you can duplicate across different people in different offices, to similar results. The key, he says, is to separate design discovery and iteration from the work that needs to be done to support it.

“If you're a two-person design shop, you're going to be a Jack-of-all-trades,” he says. “But then you go up to about 20 designers, 200 designers, and they’re producing hundreds, thousands, millions of assets. At some point, someone has to come in and assess the processes, the design systems, the hiring, the communications. It’s all too much for anyone to take on as a side-job. Engineering and sales teams have long had operations functions because the people who are doing the functional work can't also do all the admin and all support work. It’s the same for design.”

At this point in his career, Ariem is known industry-wide as a go-to for introducing process in a way that properly supports smart design flow. And that can start anywhere. Sometimes it means formalizing documentation. Other times it’s introducing templates or a new design language system.

“The important thing,” he says, “is standardizing output across departments, skill sets, ages, time zones, offices, whatever that looks like. You have to ask, ‘What does design flow mean to this team?’ Once I'm hired, I know I need to figure out what this team does and where they want to go. How do I help them get to where they want to get to?’”

How management can support design process

Ariem’s ideas about management have evolved along with his career. When he was first starting out, he struggled with some of his managers. Most lacked the skills, or the interest, to help him grow as a designer. Managers were not considered a part of the teams they led.

“There was the team, and then there was the boss,” he says. “They were separate entities. So I almost felt that being a manager was a negative thing.”

He credits a former colleague with helping him change his mindset. During a conversation several years ago, the ex-colleague told Ariem that a good manager is someone who is willing to identify the problems you’re facing and get them out of your way so you can do your best work.

“That helped me look at it in a different way,” he says. “When a manager approaches their role with the intention of removing roadblocks and giving guidance, it’s very different from ‘I'm the boss. I tell you what to do and when to do it, and I base your career and your salary on making sure that you comply with what I say.’”

Reframing management in this way allowed Ariem to align his ideas about management to his ideas about design process: to do either thing well, one has to focus on how they can make things easier for the people they’re working with.

The biggest questions you should be answering with DesignOps is, ‘How do you manage a designer? How do you interact with people as people and not their job title?’

But Ariem adds that managing process shouldn’t mean simply focusing on output and leaving the rest to HR. “I think people miss the fact that DesignOps means managing personalities,” he says. “I can teach you how to use tools, and how to be agile, but there’s so much human interaction in design. So many design discussions don’t include the human aspect of it all. The biggest questions you should be answering with DesignOps is, ‘How do you manage a designer? How do you interact with people as people and not their job title?’”

Speaking of tools, Ariem says he has seen a dramatic evolution in the tools design teams have at their disposal. While he’s not devoted to any specific tool, he’s quick to point out the importance of understanding how they work and what a team can achieve with them.

“The exact toolbox will vary between teams and companies, because designers will bring in tools they’re already comfortable with,” he says. “But it’s really important for designers to know why these tools are being used and what purpose they serve, because it helps designers contextualize their role within the larger picture of where they work. By understanding how design tools are used throughout the company — by designers, yes, but also by the teams who work with Research, motion, engineering, product, etc — it allows everyone to work smarter.”

Ariem urges designers to look beyond their immediate role in order to be better in that role.

“Designers should be asking themselves, ‘Where does design flow fit into the rest of the development process? Which steps come before and after design? Which functions are affected by design?’” he says. “Tools like Abstract and Sketch and GitHub and JIRA can help you understand that. There’s a wide range of tools and processes because there's a wide range of people working with them. The mix is never going to be the same, but what you’re trying to achieve is. It’s important to choose the tools that fit the other team’s tools.”

In a remote world, design process is more important than ever

In his role at Disney, Ariem lays the design process blueprints for a number of teams across a variety of functions and locations. Even before the coronavirus pandemic changed the way all teams collaborated, the ones he managed were both on-site and remote, so introducing structure and processes has always been a fine balance of taking different regions, time zones, and office cultures into account.

Now, of course, many teams are moving to remote-first or flexible working conditions — which according to Ariem, means process and DesignOps is needed more than ever.

“When you're in a cubicle next to a designer, you can easily roll over and say, ‘Hey, how do you do this?” or, “Let me look over your shoulder and let me get some ideas on how to do something,’” he says. “Now with everyone being remote, there's a huge need to standardize the process and distribute the knowledge. Even decisions like which medium we’ll use to show our work needs to be part of a process. The design teams who adapt their process and growth and change are going to be the winners through this time. The ones who can't figure out how to thrive in a remote environment and can't embrace DesignOps, and can't embrace process… they're going to struggle.”