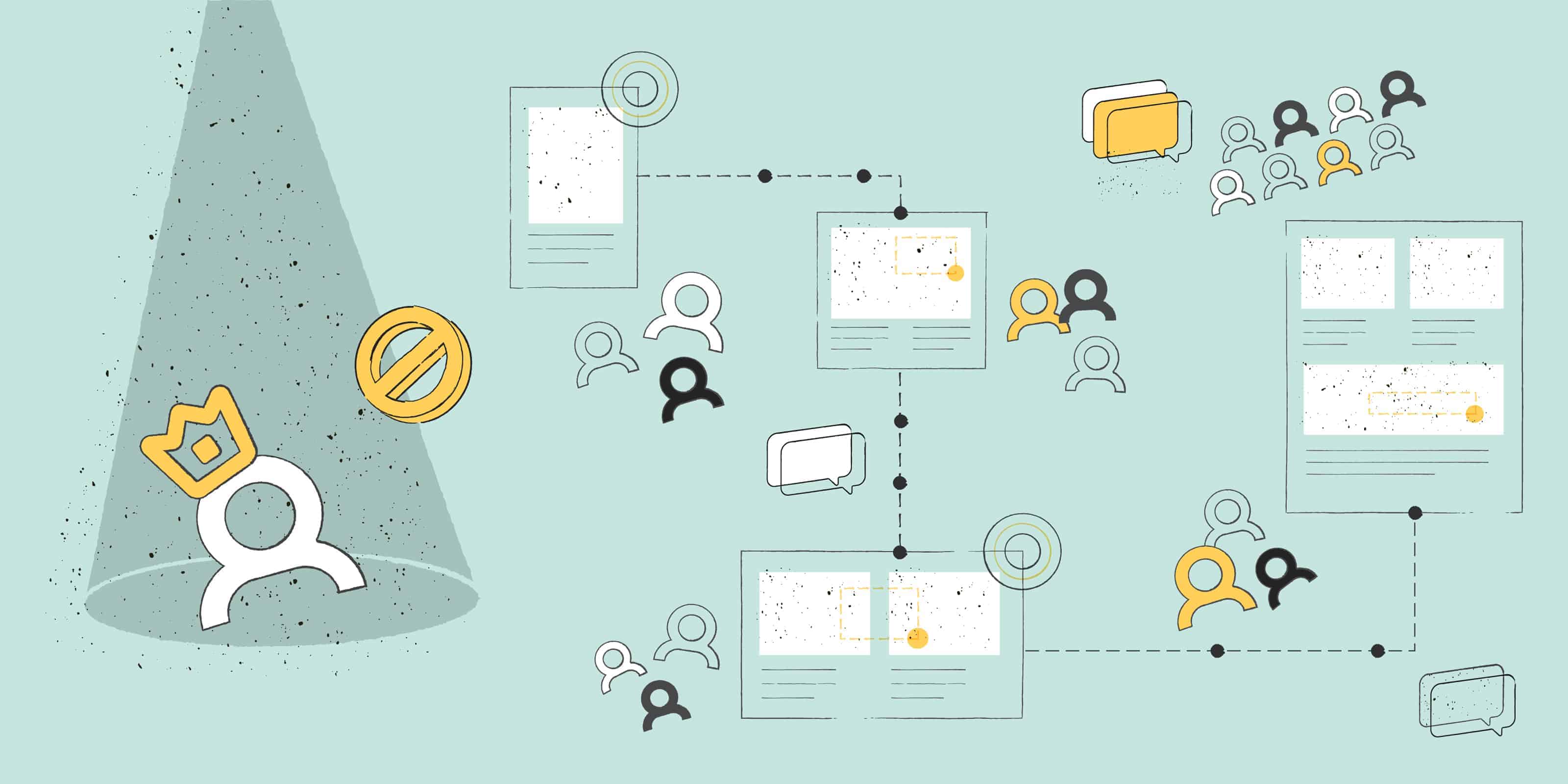 We’ve all seen it happen. A well-publicized product or feature launch that awards a single person credit for being the one who did it all. They’re deemed the creative brains behind a new product feature, rebrand, campaign, or an entirely new product.

As someone who’s experienced a fair bit of the attention when my company launched a new feature, I’ve gotten a taste of what this feels like. Sure, it’s humbling and thrilling. But also, kind of strange. Because the truth is that designers never do it alone. Despite what the headlines suggest.

This isn’t to say that great designers, and their ideas, aren’t part of creating intuitive products that users love. It’s simply that the perception of the celebrity designer has created a skewed vision of design (almost a caricature), and what it means to be a great designer. Companies assume that if they hire a star designer, they’ll pave an automatic path to successful products.

As I’ve moved forward in my career, I’ve realized that the concept of the celebrity designer isn’t helping anyone, especially not emerging talent. A more inclusive, open, and egalitarian approach can help us build better products, grow personally and professionally, and help junior team members uplevel much faster than they could before. At a company level, this approach isn’t just “nice,” it actually makes business sense, too.

Why “open design” is the way forward

It’s easy to give one person all the credit for coming up with an idea and executing it to perfection. But we all know that that’s rarely the case. Sadly, the closed way many of us have gotten used to working has left a lot of people’s contributions to the process unrecognized.

Opening up design means setting up the systems and processes that allow for more collaboration. What does that look like in practice?

Whether it’s embracing systems and tools that make the design process more collaborative and transparent, or actually giving more junior designers the opportunity to work on “more exciting” projects, we should be thinking about what having a “seat at the table” means for those who’ve never even entered the room.

Making time for those who reach out

One of the most fulfilling parts of my role is chatting with designers who are in earlier stages of their careers, helping them figure out what skills they should be focusing on, and which opportunities they could pursue.

Conversely, I understand that it can be scary to reach out to someone you might look up to or feel is too busy to talk. My advice? Just send the email/Tweet/LinkedIn message… . For design to become more egalitarian, we have to create a dialogue. So if you’re reading this, and you’ve been on the fence about reaching out to someone you respect, just do it.

Using your platform for good

For those designers who’ve amassed a certain following, I think it’s a great opportunity to set an example by using it for sharing the importance of breaking barriers and working more inclusively. The more we can set the tone, the more it will become a way of being and a new status quo.

Redefining what it means to be “great”

“Great leaders do not tolerate an environment where people belittle, demean, or humiliate each other. Rather, they promote and provide honest criticism (constructive, objective, and useful) and challenge people to reach beyond what they believe they can achieve,” — Abstract co-founder Josh Brewer in The Manual

Over the years, I’ve been tinkering with what it means to be a great designer. For me, it's super important to set a good example.

I want everyone I interact with professionally—be it designers, engineers, or marketers—to know that there are people in the room listening to them and looking to them for guidance. These people want to learn. They might look up to you, so it’s essential to always try to be your best self and set the right example. That means learning to take constructive criticism with grace, as well as learning how to deliver feedback in a positive way. That translates to understanding what each team member needs, and meeting them where they are.

As a remote team, we’re investing in learning more about each other, despite the fact that many of us rarely work in the same room. We’ve created a company directory that includes links to each individual team member’s profile. In it, people can specify how they like to receive feedback, for example, which can be an interesting topic.

My 3 step approach to feedback is all about making people feel invited versus closed off:

Empathy plays a key role in being a better designer, and we can extend this approach beyond the products we build, to how we collaborate.

My hope is that in this way of working, designers will focus more on building trust. Not just the work that they do, but how they can help their teammates become better designers. This is something we think about every day in both in and outside of our product.

In Abstract, it’s immediately clear who is part of the design process because each collaborator’s name is associated with every Branch, Commit, and comment. As you look through comment and Commit History, you get a sense of everyone who’s contributed to the creation and evolution of a feature or product. There’s a clear sense that there’s a team behind everything that happens.

It’s pretty exciting to see how Abstract demystifies the design process in such a way that a young designer can learn from and see each step in the process of a more experienced designer. Not only does it provide a way for them to learn, but to also collaborate (leaving comments with questions, ideas, or even branch off to do an exploration of their own).

It used to be convenient for companies to credit a single designer as the genius behind their product, but Abstract brings to light the countless iterations and contributions from across an organization. It’s amazing how many disparate ideas can be brought together to create something great.

In short, Abstract is breaking down the barriers that have proliferated the myth of the lone genius, Jony Ive, as the creative mastermind who stages a big reveal of the perfectly polished final concept (without any acknowledgment of how they arrived there, or who contributed).

Recognizing individuals and teams for their contributions

As a designer at Abstract, I’m continually impressed by how we recognize both individuals and teams for their contributions. A few of the ways we’re trying to walk the walk:

For designers who’ve achieved a level of celebrity, I encourage giving back and using your platform to bring more people on board (like Cameron Moll did in his 2017 Clarity Conference talk).

These efforts all promote a culture of building each other up, and creating opportunities for more people to get involved. When it comes to recognition, more is more—especially when our team is so distributed.

From celebrities to team players

It’s understandable why many have clung on to the idea that one designer can make or break the product. But the truth is that it’s not one designer—no matter their accolades—but how an entire team works together to bring beautiful new products to life.

As design plays an increasingly central role in organizations, the monoculture associated with celebrity designers is becoming obsolete. It just can’t scale. As we build products for a wider range of communities, on a broader set of devices, we’d be doing ourselves a disservice to not work in this more open way.